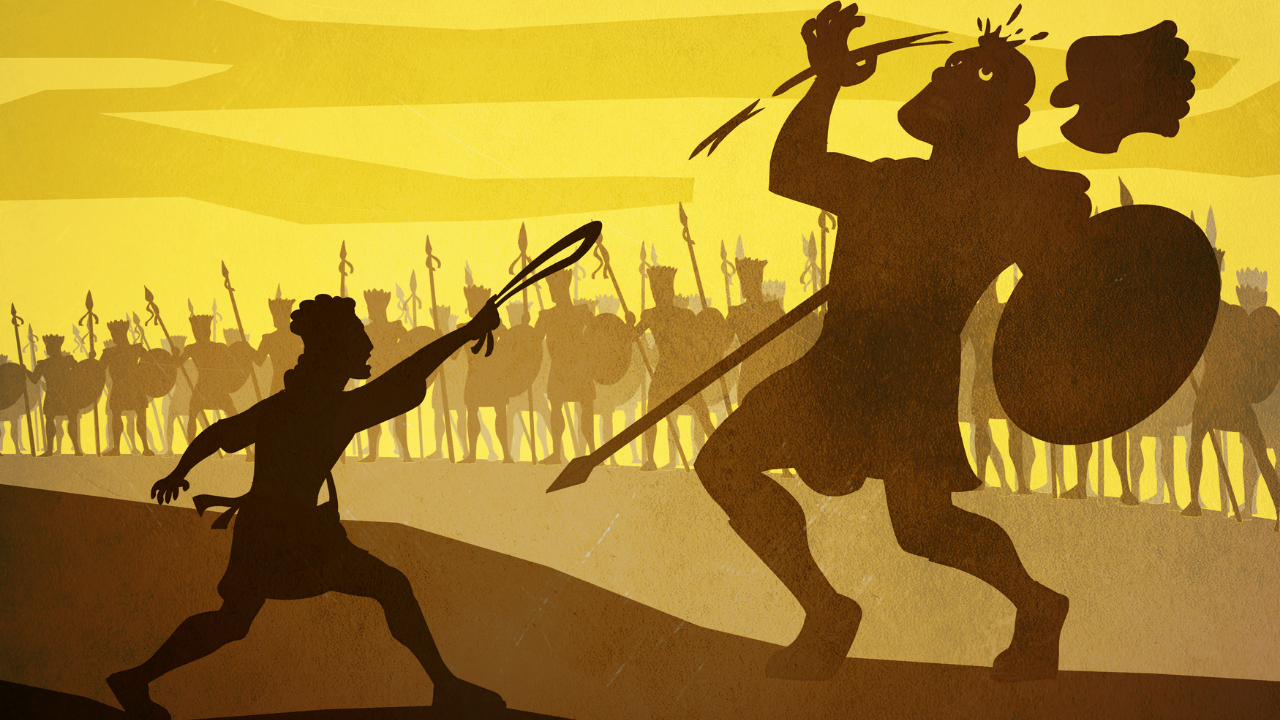 You already have enough to conquer the giant standing in the way of your dreams or goals.
Check out the story of David and Goliath. Then let's apply a lesson in the story to your life. The story picks up where David is on his way to the battleground to take his brothers some sandwiches, according to his father's request. On the way, David has a battleground prep conversation with Saul, the King of Israel.

Then Saul clothed David with his armor. He put a helmet of bronze on his head and clothed him with a coat of mail, and David strapped his sword over his armor. And he tried in vain to go, for he had not tested them. Then David said to Saul, “I cannot go with these, for I have not tested them.” So David put them off. Then he took his staff in his hand and chose five smooth stones from the brook and put them in his shepherd’s pouch. His sling was in his hand, and he approached the Philistine. And the Philistine moved forward and came near to David, with his shield-bearer in front of him. And when the Philistine looked and saw David, he disdained him, for he was but a youth, ruddy and handsome in appearance. And the Philistine said to David, “Am I a dog, that you come to me with sticks?” And the Philistine cursed David by his gods. The Philistine said to David, “Come to me, and I will give your flesh to the birds of the air and to the beasts of the field.”

Then David said to the Philistine, “You come to me with a sword and with a spear and with a javelin, but I come to you in the name of the LORD of hosts, the God of the armies of Israel, whom you have defied. This day the LORD will deliver you into my hand, and I will strike you down and cut off your head. And I will give the dead bodies of the host of the Philistines this day to the birds of the air and to the wild beasts of the earth, that all the earth may know that there is a God in Israel, and that all this assembly may know that the LORD saves not with sword and spear. For the battle is the LORD’s, and he will give you into our hand.”
When the Philistine arose and came and drew near to meet David, David ran quickly toward the battle line to meet the Philistine. And David put his hand in his bag and took out a stone and slung it and struck the Philistine on his forehead. The stone sank into his forehead, and he fell on his face to the ground. So David prevailed over the Philistine with a sling and with a stone, and struck the Philistine and killed him. There was no sword in the hand of David. Then David ran and stood over the Philistine and took his sword and drew it out of its sheath and killed him and cut off his head with it.
1 Samuel 17:38-51 EVS

Draw your attention to the verses that describe that David felt uncomfortable (maybe even inadequate) in an armor that did not fit him. Instead, David chose as his "armor" a staff and 5 smooth stones. Wait...he was getting ready to go to battle, and he chose a staff and 5 stones? No one in their right mind would prepare for battle half-naked!
But David did, and he did so with confidence, doing what God called him to do.
David conquered Goliath, the Philistine. He took 5 smooth stones, but only used one to conquer Goliath.
David used what he already had to overcome what was in the way of his goal (and the desire of his people).
David didn't wait until he was bigger to fit the armor or taller to stand against Goliath the giant.
David already had enough to conquer the giant.
This is a message for you too.
YOU ALREADY HAVE ENOUGH TO CONQUER THE GIANT STANDING IN THE WAY AND GET STARTED ON YOUR GOAL.
You don't have to wait:
You already have enough to conquer the giant standing in the way of your dreams or goals.
So, Beautiful, don't delay. Start today.
You already have enough. You already are enough!
Subscribe to get more inspiration from Inspiration STAYtion.
Get inspired. Stay inspired!

Stay connected with news and updates!

Join our mailing list to receive the latest news and updates from our team.Don't worry, your information will not be shared.

We hate SPAM. We will never sell your information, for any reason.